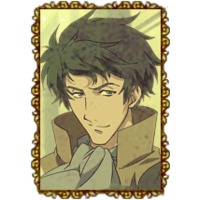 Mercutio is an arrogant and selfish boy who is always looking for power. In one of the episodes, after Romeo is banished, Mercutio is adopted by the prince and made heir to the crown after Lord Montague brutally murders his birth father, Titus. This however left him in a state of fear, that eventually caused him to become mentally unhinged. Later, during the Capulet rebellion, he is appointed leader of the Carabinieri by Lord Montague for a short time. When Tybalt, Romeo, Juliet, and the others breach the palace and storm the throne room to arrest the prince, Mercutio, confused over his lust for power and sad over the loss of his birth father, stabs Lord Montague from behind with a poison dagger. Montague falls and Mercutio is seen leaving the palace laughing insanely. 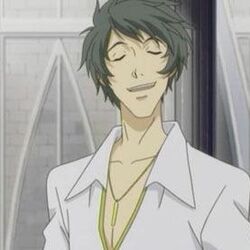 Retrieved from "https://romeoxjuliet.fandom.com/wiki/Mercutio_Marchege?oldid=4900"
Community content is available under CC-BY-SA unless otherwise noted.